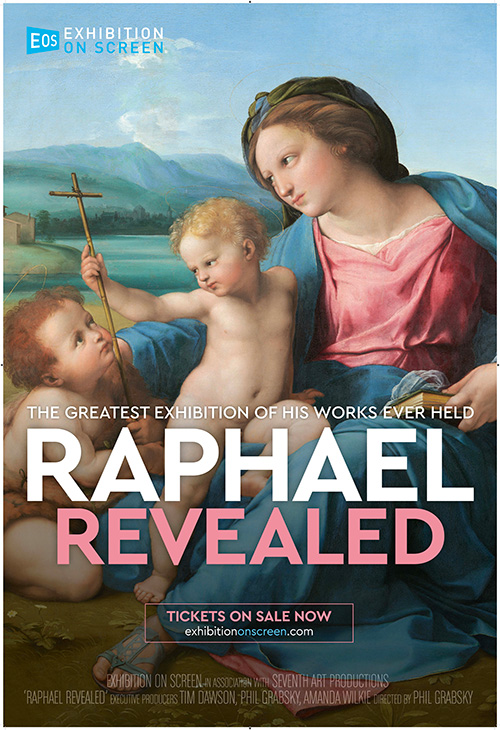 Director Phil Grabsky will introduce the film and stay for Q & A afterwards.

Wine and cheese will be available in the lobby before the film.

Exhibition on Screen Director Phil Grabsky is coming from the UK to Boothbay Harbor to introduce his latest film, Raphael Revealed. Wine and cheese will be served in the lobby before the film. Grabsky and his colleagues created the ever-popular Exhibition on Screen series of art films in 2009, and the new Raphael Revealed was completed in 2021 despite many difficulties created by the pandemic.

In his brief career Raphael shaped the course of Western culture like few artists before or since.

Marking the 500th anniversary of Raphael’s death, the greatest exhibition ever held of his works took place in Rome in 2021, offering a once-in-a-lifetime opportunity to see Raphel’s paintings and drawings as well as his work in architecture, poetry, and design for sculpture, tapestry, and prints.

Exhibition on Screen was granted exclusive access to over two hundred masterpieces, including paintings and drawings from the Louvre, Uffizi, National Gallery of Art, the Prado Museum and more. The exhibition and this film reveal the breadth of Raphael’s skill, creativity and ingenuity.

Director Phil Grabsky provides a fresh look at this giant of the Renaissance and includes unique footage of the ancient Rome that was such a powerful influence, including rare footage of Nero’s Golden House that Raphael himself visited.