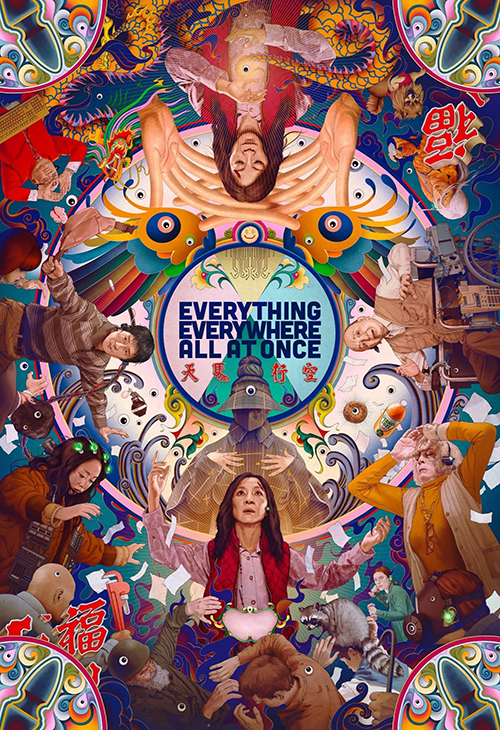 EVERYTHING EVERYWHERE ALL AT ONCE

“Everything Everywhere All at Once” is a deceptively thoughtful movie, one that mixes the lowest of low humor with startling wit, raw and stylish action with heady science fiction ideas, …with a harrowing examination of embracing oblivion because there’s seemingly nothing else left. It still feels brisk at 132 minutes, and there’s a lot of movie in this movie — a spiraling, sweeping, stunning descent into a crazy world, followed by a stirring call for healing, and for kindness. It’s impossible to describe. It’s unlike anything you’ve ever seen. It’s the best American movie in years, and certainly the best movie to hit theaters since the pandemic began.” Jacob Hall, Film

“Yes, the movie is a metaphysical multiverse galaxy-brain head trip, but deep down — and also right on the surface — it’s a bittersweet domestic drama, a marital comedy, a story of immigrant striving and a hurt-filled ballad of mother-daughter love.” – A.O. Scott, NYTimes