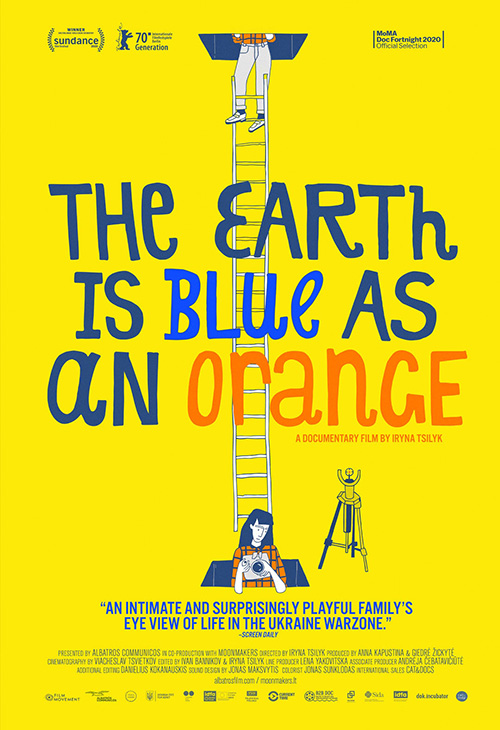 Paul Zalucky will introduce the film

Paul Zalucky, a resident of Southport, spent 28 years as a CIA officer, including bureau chief in Moscow, Kyiv and Warsaw between 1984 and 2007. He will give us his insights into the current situation in Ukraine as the war moves into the Donbas region where Russia started the war in 2014. Zalucky is of Ukrainian heritage, speaks Russian, Ukrainian and Polish, frequently travels to the area and is actively involved with HelpUkraine22, a fund he and his colleagues created to provide medical and humanitarian aid to Ukraine’s civilian population during Russia’s brutal war.

The film centers on one family living in that front-line war zone of Donbas, 2014.

While the outside world is made up of bombings and chaos, single mother Anna and her family manage to keep their home a safe haven, full of life and light. Every member of the family has a passion for cinema, motivating them to shoot a film inspired by their own life during a time of war. The creative process raises the question of what kind of power the magical world of cinema could have during times of disaster. How to picture war through fiction? For Anna and the children, transforming trauma into a work of art is the ultimate way to stay human.

Director Anna Kapustina, who won the Directing Award in the “World Cinema Documentary” category for the film at the 2020 Sundance Film Festival, says, “We’ve made this film about a family trying to collect the pieces of world through filming their family but it turned out to be a therapeutic experience for all of us: we’ve all become one family captured in a front-line city. We’ve all made our own way through war and despair to regaining our strength through people, and I’m honored to invite our audience to take this journey now.”